The Magic of the Lot Region 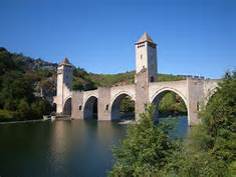 The Lot is an unspoiled region of France.  It is the land of Bordeaux and Cahors wine, fields of sunflowers and maize, truffles, castles, fortified bastides and hidden cave systems.

The Lot forms part of Perigord, one of the famous gastronomic regions of France.

Cahors is a fair-sized town some 20km upriver from Luzech and, like Luzech, has Roman origins - it also has a dramatic medieval bridge, the Pont Valentre, in legend only completed after the architect had made a pact with the devil.

La Domaine de Roubignol is a 17th and 18th Century winemaster's house made of stone with tiled roofs.  Originally the ground floor of the house was the 'cave' where the wine was made.

Roubignol means little red grape, but Roubignolles means something rather risque in french argot. The main house has its own rather charming pigeonnier tower with a pointed roof - pigeons were once very important as they produced manure and very often a bride's dowry would be paid in pigeons.

There is also a large two-story barn with a table tennis table on the top floor and a boulodrome at the top of the drive.

Within an hour's drive of La Domaine de Roubignol: 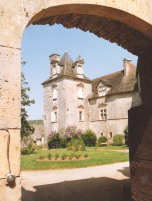 The Chateau de Cenevieres is sited on a high cliff above the river Lot.  It has a fascinating Alchemist's chamber with murals of devils 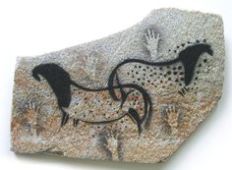